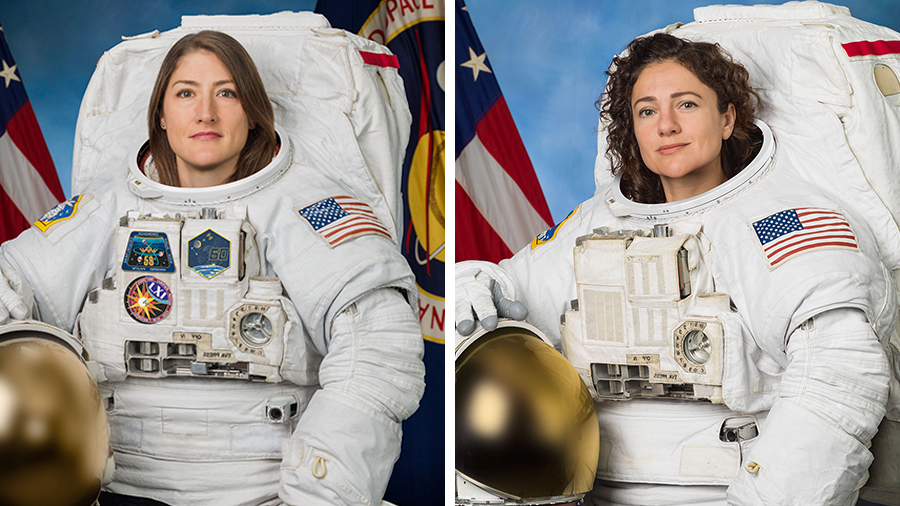 “This reminds me of Reading when RBG was asked how many women should be on the Supreme Court she said, 9!” Mary Brooks |  #movetheneedle.  #placeatthetable.

Raise a glass to…

NASA astronauts Jessica Meir and Christina Koch, who conducted the first all-female spacewalk outside of the International Space Station on Friday October 18, 2019! (Bonus: The person talking to the pair from Mission Control was veteran astronaut Stephanie Wilson, who has spent a total of 42 days in space during her career.) Meir and Koch embarked on the six-hour spacewalk to replace a faulty battery unit. The pair aren’t the first women to walk in space: 12 pioneering astronauts and cosmonauts made that step into the final frontier before them. But an all-female mission is something special. “I think it’s important because of the historical nature of what we’re doing and that in the past, women haven’t always been at the table,” Koch said. “It’s wonderful to be contributing to human spaceflight at a time when all contributions are being accepted, when everyone has a role and that can lead, in turn, to increased chance for success.”